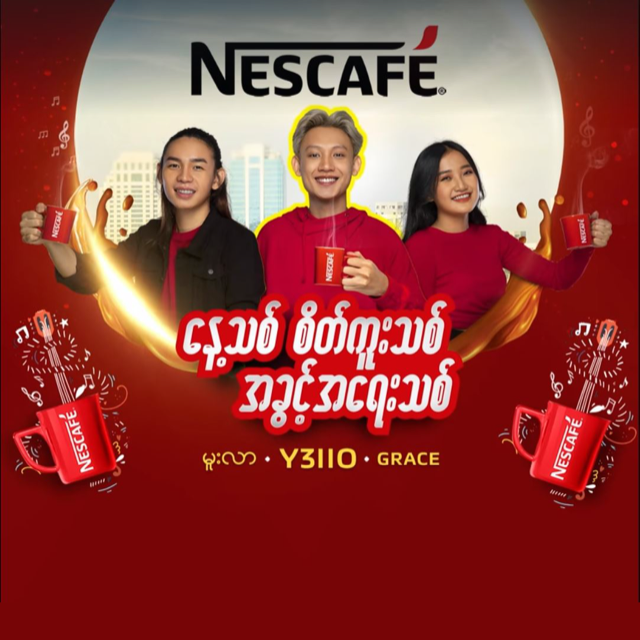 Since the majority of the population of social media users in Myanmar are Millennials and Generation Z, Nescafé engaged nexlabs to capture and retain the attention of these two key markets.

nexlabs formulated a revolutionary music campaign with three young Myanmar artists (Moller, Y3llO & Grace) entitled “Every day is a New Opportunity”, which was entirely planned and launched by the nexlabs team during Myanmar’s first Covid19 Stay at Home period.

Aimed at any one who identified as a musician (including singers, songwriters, composers & budding musical instrument aficionados) the audience could actively participate by commenting on a specially designed microsite with a lyric expressing their feelings towards hope, and all the possibilities that come with the start of a new day.

Winners were chosen and the final user generated content was compiled to make a song performed by the top young Myanmar artists lending their talents. The song was launched through a FB live with nexlabs further conducting digital campaign activities utilizing TikTok and AR to amplify the message.

The campaign obtained a total of over 10K in interactions with the song then being uploaded on popular Myanmar music app JOOX.