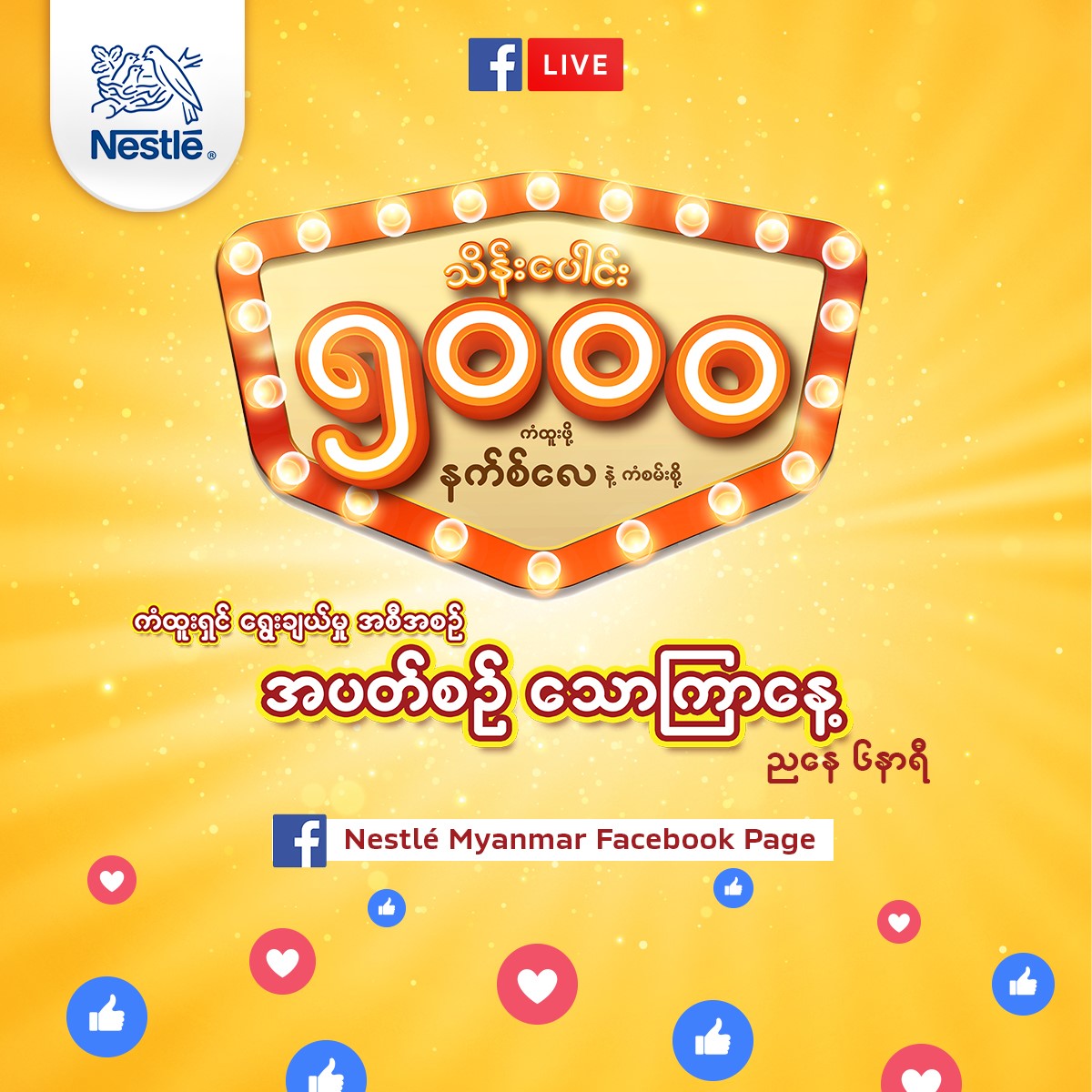 The parent company of Nescafe, Nestlé Group also collaborated with nexlabs and saw great success on social media with the “သိန်းပေါင်း ၅၀၀၀ ကံထူးဖို့ Nestlé နဲ့ကံစမ်းစို့ ” (Let’s try our luck with Nestle’s 500 Lakhs!) campaign. Conducted over a 2-month period, the campaign selected one lucky draw winner per week, for eight weeks straight, who were chosen to win a highly desirable cash prize.

To engage the audience, nexlabs used Facebook messenger as a tool for which the audience could enter the lucky draw by sending in codes which they found inside key Nestlé products. Since winners were chosen each week, the possibility of a participant winning was very high.

Thus, the campaign was very well received, with engagements rising over 9.6K, and counting, with further promotion bolstered by the help of 3 key opinion leaders (KOLs) posting on their respective Facebook accounts and pages.